Our philosophy is closely aligned to that of re-wilding, i.e. helping the natural habitat of the landscape regenerate. The British Isles was almost entirely covered in forest in the past. This was the romantic wildwood, described in various historical and literary works.

Britain's extensive woodland cover became established a few thousand years after the end of the last glacial period (10000 years ago) and persisted between roughly 5500BC to 1500AD before forest clearance for farming, fuel and building materials incessantly ate away at the woodland. What many people don't realise is that we're still living in an ice age!

If we leave any land for long enough, it will eventually return to its natural state but this can take a long time: maybe many hundreds or a few thousand years. By actively planting trees, we can speed up the process of natural regeneration.

Britain is one of the least wooded countries in Europe with less than 2% of land covered in native ancient woodland.

Woodland is the natural environment for the majority of British plants and animals.

Each tree we plant saves about 200kg of C02 (most conservative estimate).

The UK is committed to a net 0 level of greenhouse gas emissions by 2050.

Living in an Ice Age 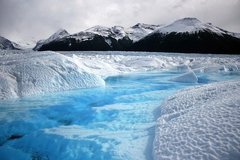 When you look at the historical temperature record of Earth, it's interesting to realise that things are actually quite chilly here right now.

But what about global warming?

The planet certainly is warming up and in geological terms, it probably shouldn't be, hence the problem! Our current measurements of human-induced climate change span a few hundred years but the trends over thousands and millions of years show some very interesting patterns. 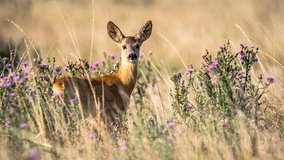 During the extensive shutdown of the UK economy due to the Covid-19 pandemic, many people remarked on being able to hear (and see) birds and other wild animals. With no traffic, few planes flying and very little background human-generated noise, our senses were suddenly freed up to detect the sound of nature. It was truly a silver lining to the dark cloud of the pandemic situation.

Can we move to a new, green economy?

As lockdown restrictions have eased, noise and pollution have returned and nature once again has been forced aside by the inexorable march of human endeavour. To what extent do we value our contemporary consumerist lifestyles compared to the balanced coexistence with nature that we glimpsed during the days of enforced lockdown? Our economic principals will need to fundamentally change if we want to see and hear more wildlife in our lives.